Let’s talk about forgiveness and mercy. Have you ever wondered why some people find it hard to forgive? To some of us, it’s not hard to remember that we’re all human and can make bad decisions (many times accidentally), but to others, it’s a big fat hairy deal no matter the circumstance. Part of the difficulty comes from personal feelings about the person who did them wrong, another part has to do with the level of forgiveness needed, and the more unknown part has to do with whatever’s going on in their head at the time.

Think about road rage. If someone cuts you off in traffic it can be frustrating, sure, but how often do you feel the need to let the person know how they inconvenienced you? Most people can let it go with a “hey watch it!” to themselves, while other people think it’s an unforgivable offense to the point of intentionally harming the offender to “pay them back”. Without considering the point of view of the other party, it’s easy to condemn, and therefore be unforgiving.

Interestingly, that’s how God was before He sent us Jesus. Worship another god? Poof, you’re gone! (Exodus 22:20) Disobey or not completely follow His instructions? Death. (Numbers 15:32-36)  Try to keep the ark of God from falling after your ox stumbles? Immediate death. (2 Samuel 6-7) There was no explanation, no chance to apologize or repent, it was a done deal. Of course, as we’ll learn this month, every situation was different, and God did not always choose death. Because let’s face it, if He had, humanity would have been long gone before David was even thought of! There are many instances where He heard the pleas of one, like Abraham, and so He spared many more. (Genesis 18:20-33) Now that’s mercy. When we listen and understand, it’s easier to forgive and be merciful.

If there’s anything to be learned from sitcoms, especially in the 80s and 90s, it’s that life is full of misunderstandings that can go terribly wrong, but can easily be fixed with a conversation (Three’s Company anyone?). The hard part is having the conversation, especially when there’s a grudge involved. But what will you gain or lose if you don’t have it?

This month we’ll be spending time with the children of Israel as they leave Egypt and venture on to their promised land. We’ll also learn more about the different ways that they asked for God’s forgiveness and how merciful He was when they repented.

In addition to the inductive Bible Study Guide, I’d like to introduce to you the accompanying workbook! This printable pdf covers the same verses every day, but in a simple format with questions to answer that can help you understand the context, as well as a prayer suggestion that reflects the day’s reading. It’s a great way to help readers of all ages grow closer to God.

If you like the workbook, please let me know and I’ll make this a regular thing. As always, this guide is also free, because I firmly believe that the ability to learn about God through the Bible is a right, not a privilege.

As you study how God forgave His people and showed them mercy in the hard times that they faced, I pray that you’ll find it within yourself to offer your own forgiveness and mercy to those you feel have not treated you well. I also pray that you find the courage to have the hard conversations you need to have to repair the fractured relationships in your life. 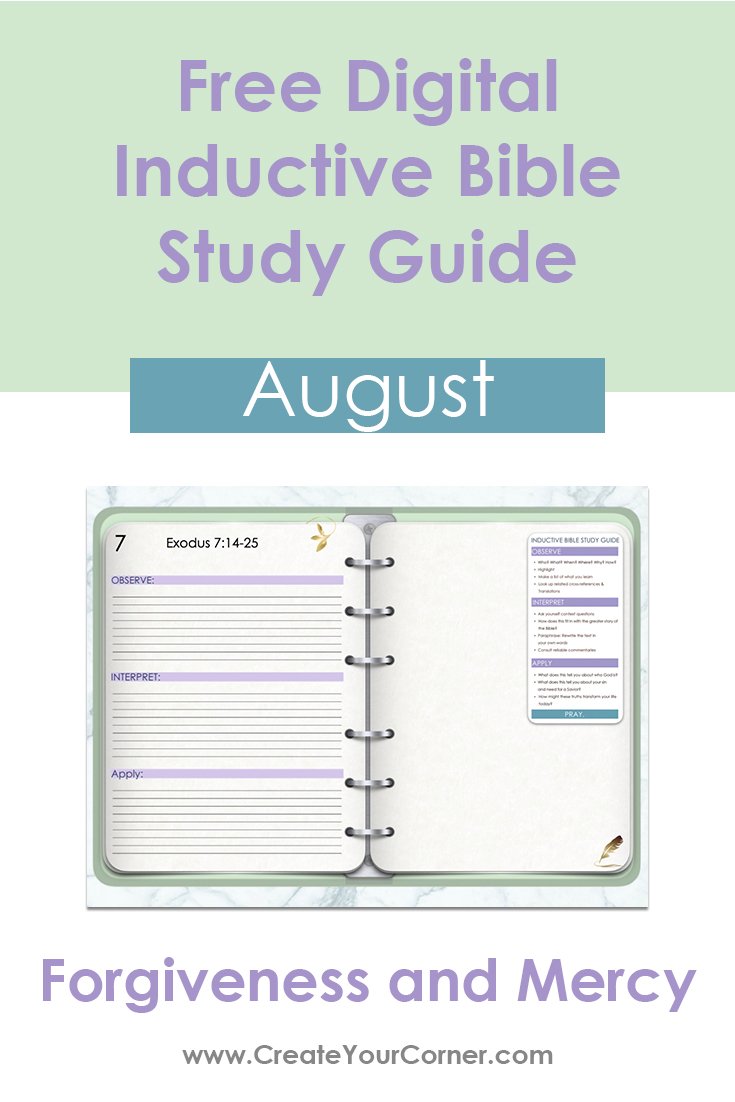 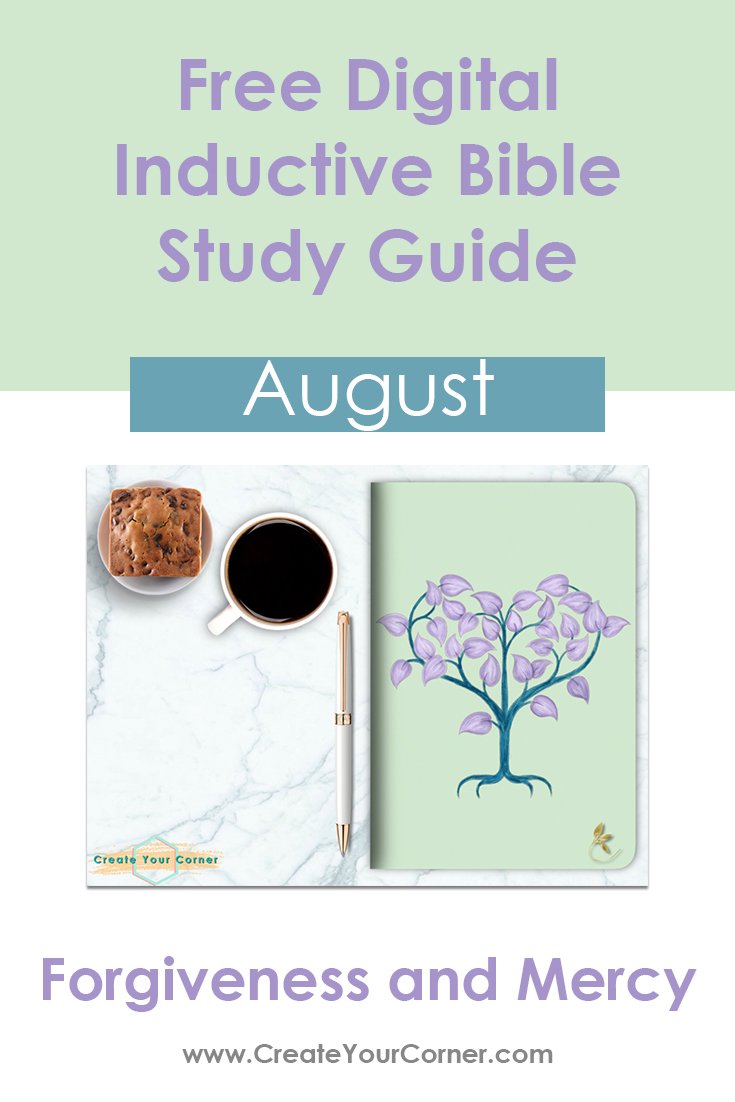 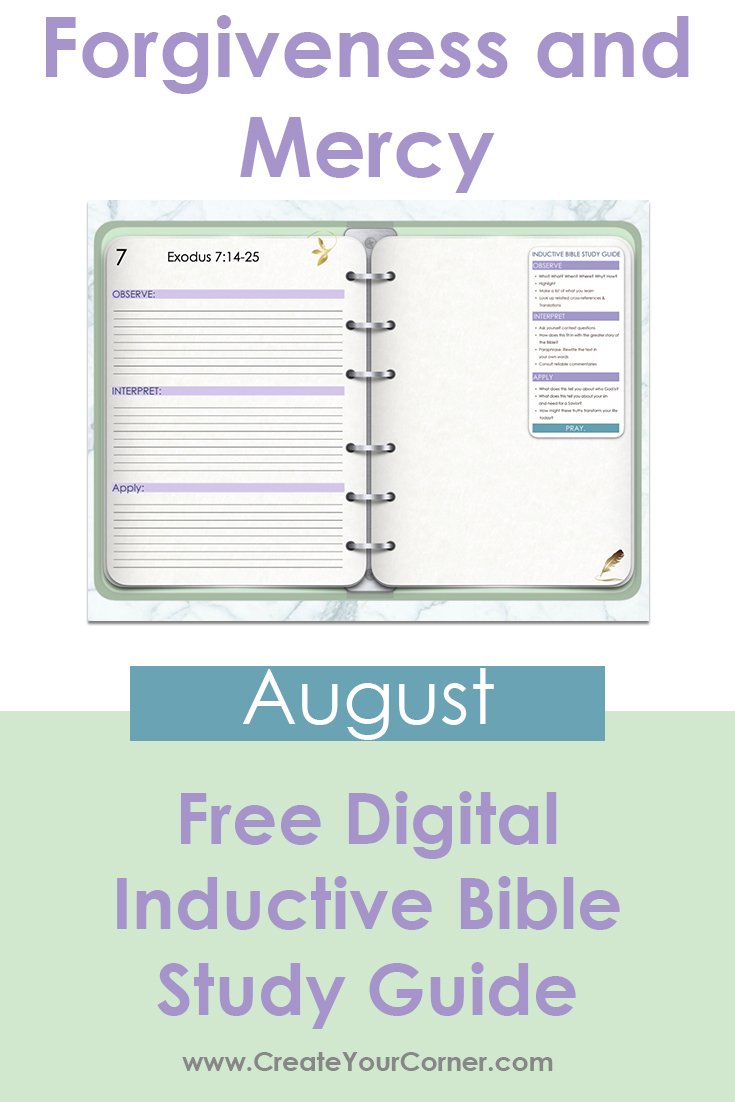 2 thoughts on “Forgiveness and Mercy”

This site uses Akismet to reduce spam. Learn how your comment data is processed.

Thank You For Your Support!

If you've been blessed by me and you'd like to say thank you, please tell a friend! If you'd like to show your appreciation directly, you can donate to my Caramel Macchiato Fund. Thank you and many blessings to you for your generosity!